What is a Ferox? 5 things you need to know about Ferox Trout.

So what is a Ferox Trout? 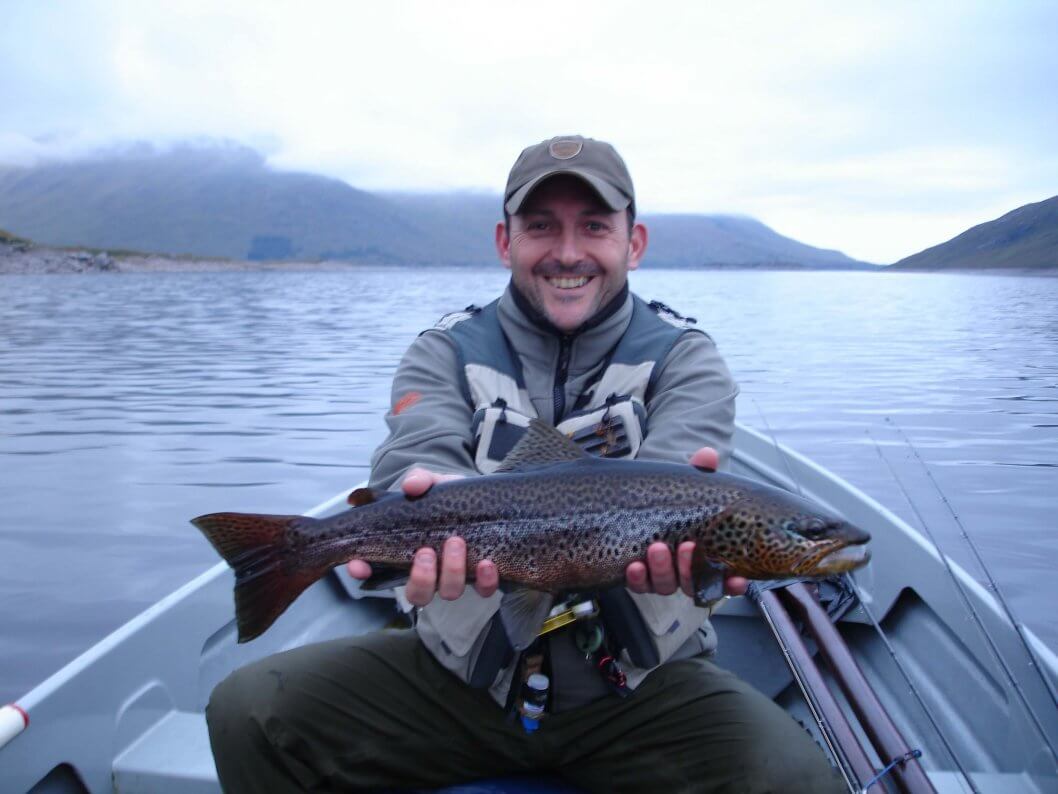 The term ‘Ferox’ describes a type of Trout – not necessarily a species but more an example of the genetic diversity that exists within the wild Brown Trout population. The term Ferox was first coined in 1835 by the renowned Scottish angler and naturalist Sir William Jardine. Jardine believed that the large Trout he had caught in Sutherland, Northern Scotland was a distinct species. He referred to these great lake Trout as Salmo Ferox, a cannibalistic and voracious feeder that lived in deep water lochs. Essentially Ferox are long-lived, late-maturing, piscivorous Brown Trout but they can differ significantly from other Brown Trout - in life history, genetics and habits.

Ferox live a long time for Trout, particularly in the cold, acidic lochs of the Scottish Highlands (a 23 year old fish from Loch Killin being the oldest on record). This, combined with their protein-rich diet, produces much larger sizes than the average wild Brown Trout angler will ever encounter. The current British rod-caught record is a 14.4 kg (31.7lb) fish from Loch Awe, Scotland - a renowned Ferox loch.

So where are Ferox Trout found?

Ferox Trout are found throughout the Brown Trout’s native range, wherever there are large glacial lakes. They are found mainly in Scotland and Ireland - often present in large, deep glacier-formed lakes containing Arctic Char or whitefish species. However there are also thought to be populations in some Welsh lakes and in England’s Lake District.

Ferox, like other Brown Trout, feed chiefly on invertebrates in their early years. However once they reach a length of 12 or more inches a change seems to occur, with these fish converting to an almost entirely piscivorous (fish-based) diet. This change is believed to be size rather than age related and of course has a dramatic effect on Ferox growth rates. One tagging study recorded a 10lb (4.5 kg) increase in weight within 4 years.

Tagging has also discovered that Ferox will make wide ranging movements, most likely searching out shoals of baitfish such as Arctic Char. Ferox have been found to congregate around Loch outlets during the salmon smolt run. Ferox are active during the day, and have been recorded making dives down to 30 metres, possibly in pursuit of deep dwelling Char. This suggests that Ferox are active pursuit predators as opposed to ambush predators using cover to attack prey – a theory that my own fishing experience supports.

Arctic Char are important contributors to the Ferox diet, particularly in Scottish lochs. Whitefish species (coregonids) are common prey, for example in Loch Lomond. Other Brown Trout will also occasionally be taken, leading to the label Ferox have inherited as cannibalistic browns. Ferox will also prey on coarse fish. In the Irish limestone loughs, such as Corrib, Ferox have switched from a Char-dominated diet to a Roach-dominated diet, following the extinction of Char in these waters.

How do we protect these rare monsters of the deep?

Whether or not Ferox are considered a distinct species, their population is low in number. Of course, large wild Brown Trout like this are prized by fishermen, yet only a tiny proportion of the Trout in a lake are Ferox. These are valuable and rare fish and must be protected. Catch-and-release is therefore of the utmost importance.

If Ferox Trout are found in lakes, why is this website called Ferox River? 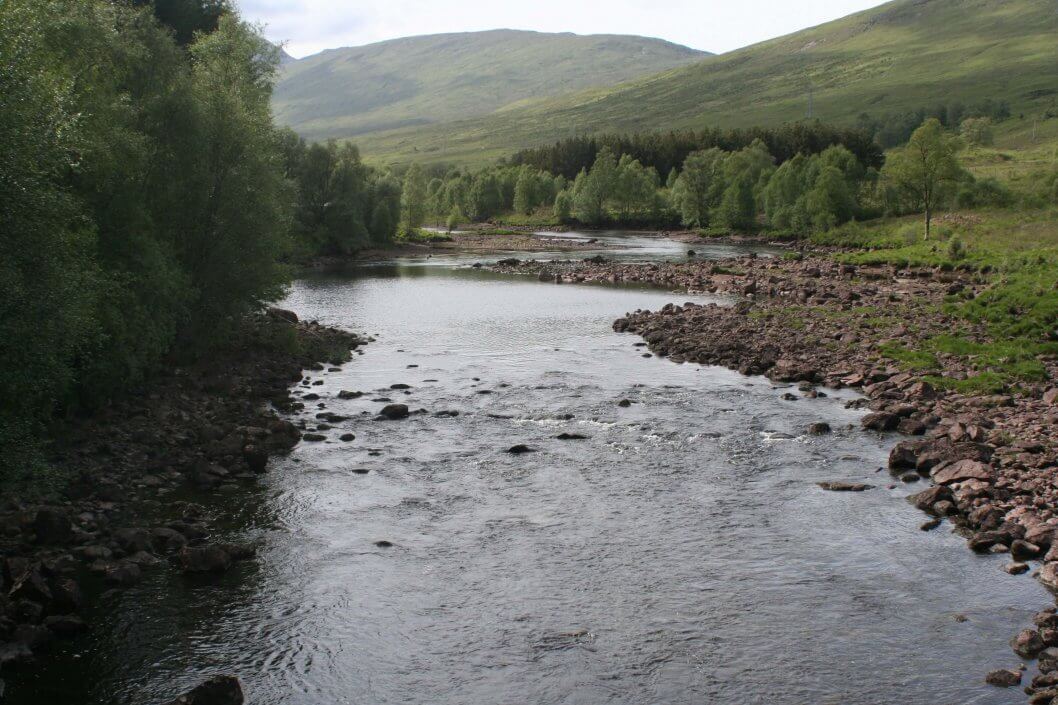 Although scientists and marine biologists may challenge my logic, there’s a strong personal connection to this name and a story behind it. Shortly after I graduated from university, I was on a fishing road trip with my brother in the Highlands of Scotland. We didn’t really have a plan, but chatting to a guy in the fly shop in Fort William, I was tipped to head over to a small fishing lodge west of Loch Ness. Coincidentally, when we arrived, the Tomdoun Hotel in Invergarry was run by a Welshman. Well, it wasn’t long before he’d taken these two young Welsh trout bums under his wing. We fished hard that trip, learning from the experienced mentor whilst contributing significantly to his bar takings! We fell in love with the lodge, the local river and the lochs, returning year after year without fail. Over the years that followed, we were sent fishing to all corners of the Glen, often to places he didn’t tell his other guests about. I’ve fished streams and hill lochs that even the local guide hasn’t visited, but of all the fishing on offer in the area, it was the upper River Garry that hooked me. A relatively short river, it runs between two of Scotland’s most famous Ferox lochs: Garry and Quoich. Not surprising then that this river produces enormous, wild Brown Trout and often genuine specimens of the Ferox variety. The lure of catching that fish of a lifetime on the fly has kept me going back for 25 years. The river is like an old friend to me now – a place I just slot into so easily every time I return. It brings me back to the peace and tranquillity I crave when I go fly fishing in the wild; closer to nature, the River Garry and the surrounding Glens truly are the ‘Great Outdoors’. Hence Ferox River.

Good Article but you’ve been miss-informed.

Ireland is not part of Great Britain and never will be.

Thank you for pointing out my sloppy sentence John! As a fellow Celt, I am more than aware of this fact but that was a Freudian Slip and a half! Article duly corrected.

Thank you so much for your kind comment. It’s greatly appreciated. I must find more time to write!

I loved your blog article.Much thanks again. Really Cool.

You are very kind. Thank you.

What a gracious reply!

Great reading, really enjoyed when you said it was like an old friend,, from avid fisherman to another, well done

Thank you so much for your kind comment. It’s greatly appreciated. I must find more time to write about fly fishing.

Enormous Brown Trout in the 30 pound range are routinely being taken in Lake Michigan. Check out eric_haataja on Instagram. He is the Master.

Checked out and duly followed. Wow! Biiig fish! You are very blessed stateside for Brown Trout.

[…] the mysterious Boris Johnson phone call are Jeremy Herrmann, whose hedge fund is named after a cannibalistic trout (and who also attempted to offset his grouse moor loss as a tax deductable item), and […]

as a Welshman I do not normally fish for trout in a lake, I have caught a single ferfox in my entire life, and it was by accident, I was really spinning for salmon a small 5 lb specimen. spot pattern match those of genuine local lake trout. This was taken on a river, the Corrib outside Galway, about a mile above the weir. It was in May and the fish when opened was full of roe. I can only think that they enter rivers to breed. Photos available.

I suspect your conclusion is spot on. Corrib of course is a well known Ferox lough. Great to hear you found your own ‘Ferox River’! Thanks for contributing.